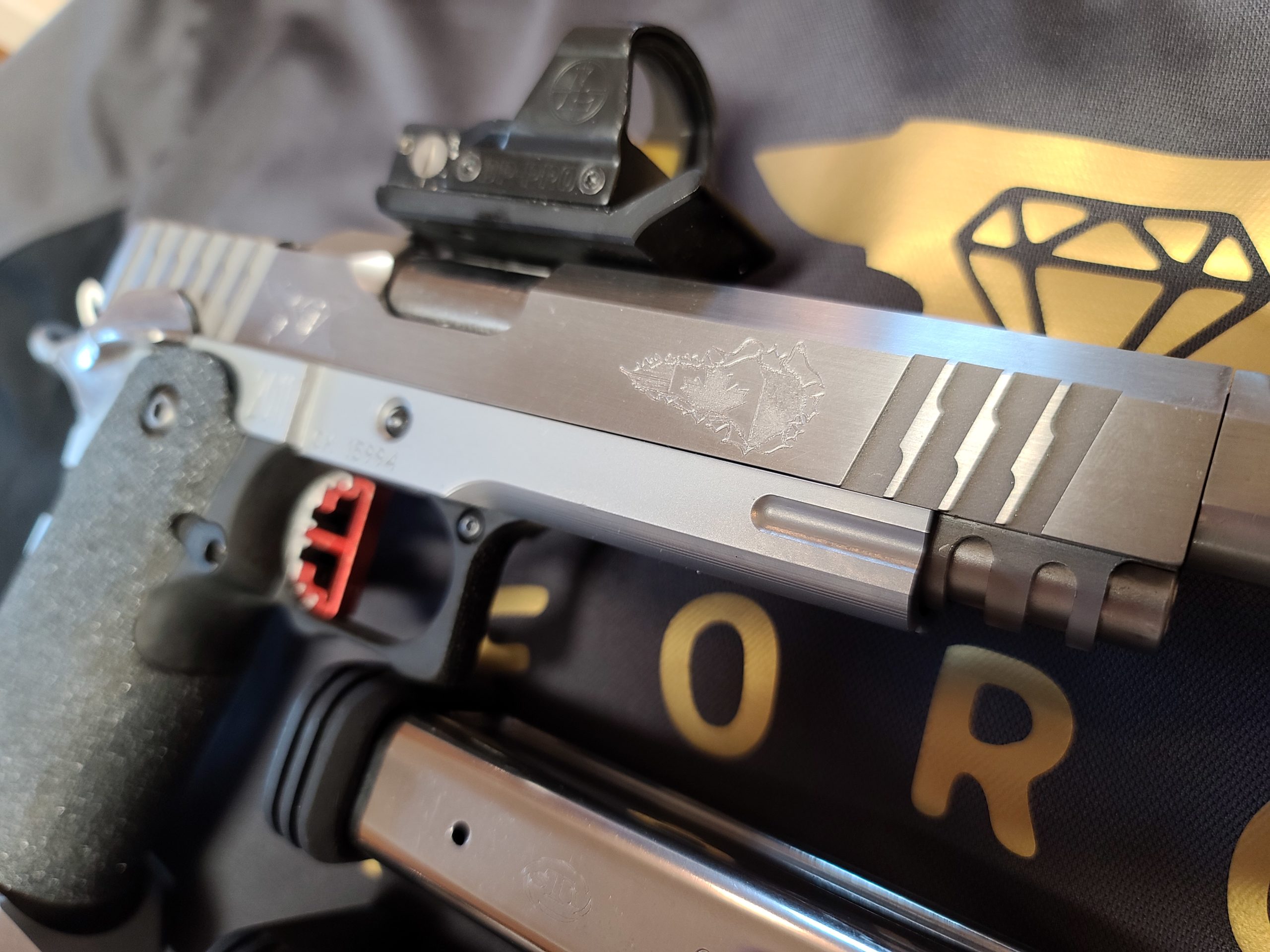 As of last March, I became an official sponsored shooter here in Alberta. I’ve had the opportunity to train with an Alberta Open Division Champion and started off shooting IPSC in the very common “Production” division. Quite quickly, I realized that fast guns are more fun, so I built a Glock 34 into a pretty solid race gun, but it just couldn’t compare to a sweet, custom 2011.

That’s when Forge & Facet Jewelers stepped in, compliments of Matt Porth. He hooked me up with a 2011 and we made some personal and performance modifications to it. It helped me level up my game and I’m looking forward to this coming season as I will push myself to take things even further and faster!

Went for a ride, stopped in and saw a birthday boy, did some things.
Just waiting by the Intruder...
Had a great weekend shooting a couple of IPSC qualifiers out in K-Country and then went for a ride Saturday after the match. It was a solid match and an incredible ride down powderface, some logging roads and even managed a bit of single track.
Perfect day for a ride in the foothills today. 18°C, no wind and mostly cloudy. Didn't overheat or get chilled. I did get a bit damp sliding on some greasy trails. Super glad to share the day with the beast - @pistol_porth 🤜🤛
After over 6 inches of rain this past month (so desparatley needed), the country is looking pretty lush. Perfect for exploring some old roads and abandonded farm-steads.
Very happy with the fork decals on my Africa Single. My bike doesn't have a name (eg. Alaska via @itchybootstravel), but I wanted something on it for a while. Bam! @taylermarissa stepped in made me a set! Thanks much! Super happy with the size and the look on this bike.
SKT Adventure Lite
Loading Comments...