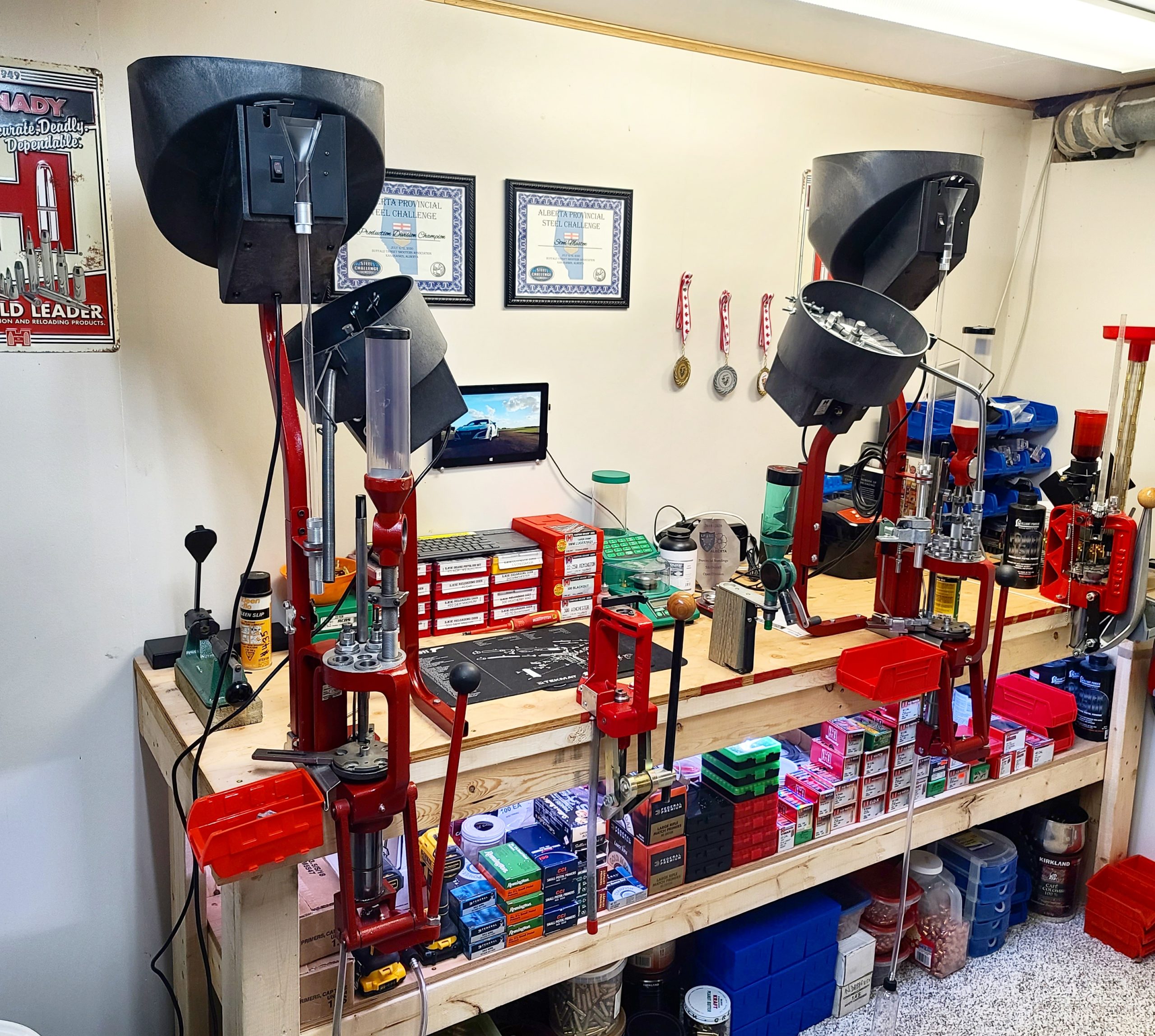 When I was a kid, I worked a couple summers haying ditches. My first kick at this “real” job was when I was 14 and I learned how NOT to control your temper (from my boss), hard work doesn’t always pay off and that old machinery breaks down a lot. My boss drove an old International Scout which had a super short wheelbase and was rather sketchy to drive on gravel. My boss however, didn’t care. I drove 75mph (140kmph) and decided that he’s roll cigarettes while he drove. He started to swerve (still doing 140kmph on a dirt road), so I reached over to steer. I did a good job apparently, because he took time to roll half a dozen smokes while he was at it. It was at that moment that I knew – one day – I’d want to roll my own.

As I’m not a smoker, I figured I’m need to make something else. Once I took up shooting, I realized how expensive this hobby was, so I looked for ways to make the sport as affordable as possible. I bought a small press, and proceeded to make my first 20,000 rounds. I pretty much wore out that one, so I bought a better single-stage press and put out another 40,000 rounds through it. Then came my first progressive – a Lee 1000. It has three stations and I loaded a bunch more with this press – eventually upgrading to a Lee Loadmaster five station progressive turret press. It was incredible. It was a bit finicky, had a lot of plastic parts and I replaced a few parts, wore a lot of parts and ran it for many, many more rounds.

Then, one day, a deal came up that I couldn’t pass up. A Hornady Lock and Load Ammo Plant. This setup has a bullet feeder, brass feeder, primer feeder and is also a five station press that is much heavier built than the great Lee products I’d used for years. While Lee makes solid products, they simple don’t compare to Hornady, Dillon or other top-tier presses.

Through some frugal scouting and great sponsors, I managed to put together another press that almost matches the first. The first was all new, and the second press was very much used, but Hornady actually did a full service on the older press – free of charge and got it running as smooth as the brand new beauty. I added a used bullet feeder and a new brass feeder and now I have a dedicated press for my 9mm major loads as well as extra Hornady press for 40S&W, 45ACP and more. If you’re a reloader, you’ll notice I still have a single-stage Lee press in between the two LnL AP presses and my Loadmaster all the way on the right side.

Close Up of Control Panel

I took a video of the press in action – before I added the Control Panel. It works exactly the same, but now my main press has the added peace-of-mind that I won’t goof up and have issues with my match ammo.