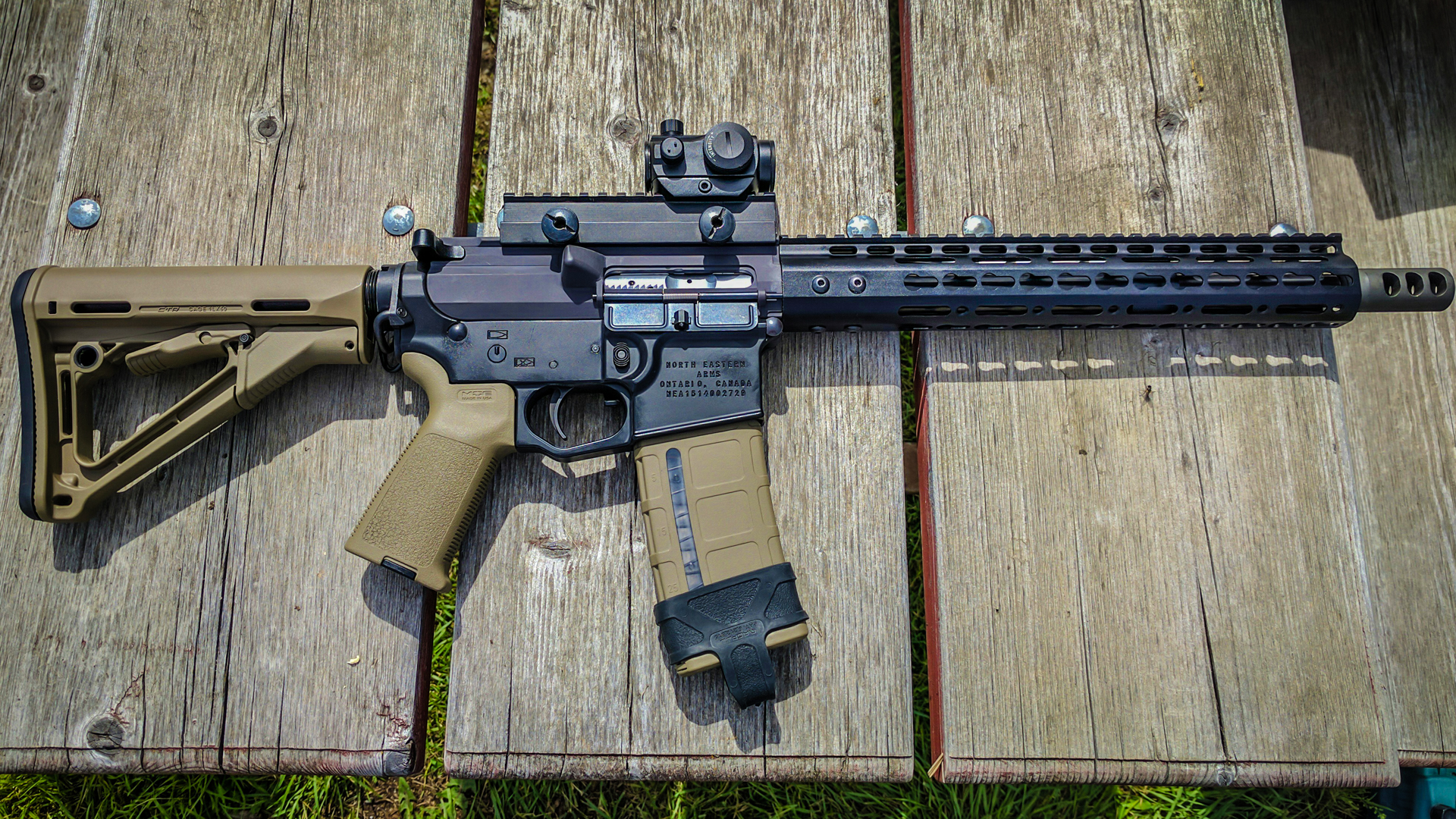 It has been far too long since I've graced the front page of my Blog with a post. To say that life has been busy would be an understatement, but also a poor excuse. I've been thinking about posting something for a while now – but other than senseless drivel, I wasn't sure what to post that might be interesting. I think I've got it.

I'd like to start off by saying that I'm a shooter. When I was 9 years old, I received a .177 caliber pellet gun for my birthday. I still have it to this day. When I turned 10, I received a single shot .22LR rifle that I wore out. Times when by and I was without any firearms for many years, but in the last 3-4 years, I've take up the sport again with my boys as well as my father. It's been a great sport, a lot of fun and a way that I've managed to put at least 700lbs of food on my table. Don't get me wrong, I do love nature, but I also like to feed my family.

So this is where the building comes in. A while back a friend of mine from college days helped me out with a full upper receiver for my M4 (Armalite Rifle – aka AR-15). It is super accurate, super beautiful, super amazing and weighs in at a touch over 7 lbs thanks to the heavy spiral-fluted stainless barrel. This is a great varmit gun and a fantastic medium range (100-600 yard) shooter. The downside is that it is a bit bulky and heavy for things like 3 Gun and CQB training.

This is the "problem" that drove me to build my first upper receiver. I've previously built a lower receiver and that was a great experience. Doing the upper receiver shouldn't be any more difficult, but it's something I'd never done before, so I thought I'd document the process. I'd like to thank TrueNorthArms for the hardware and a little bit of advice along the way.

It's actually quite amazing at how few parts there are in an M4 rilfe. Other than a single pin and a few screws to hold the handguard in place, everything you see above is what is required to build a complete 12.5-inch upper receiver. Of course you can swap out any of the parts for those of your own choosing. I went for a mid-range build as I wanted something short, sleek and easy to handle. As I won't be putting a ton of accessories on this unit, I opted for a very slim and lightweight keymod handguard that is barely wider than the upper receiver itself. Let's jump in.

The first thing I mangaed to do without screwing up is putting the barrel in place and tightening down the barrel nut with my AR-15 wrench. I greased the threads of the receiver and proceeded to use a couple of shims in order to try and make the holes in the barrel nut line up with the screw holes in the handguard. A couple of attempts later, I got it done. You'll want to make sure to torque the barrel nut to at least 30 ft.lbs in order to keep things straight, true and ready to roll. After that was done, I installed the gas block and gas tube – after losing the pin and hunting around my shop for something about the size of a small grain of uncooked wild rice.

You'll notice above that the upper receiver is not black like the rest of the parts. When I bought the upper receiver, I didn't realize how much different it would actually look (will be remedied with Duracoat in the future), but the grey color is not simply there for show – it's actually a dry film lube that is really nice to work with. I just wish it was black…like my slim keymod handguard which I managed to install. Once that handy thing is in place, I screwed on the muzzle brake, making sure it was properly aligned and BAM!

In the end, we have a very short, lightweight build that shoots like a dream. Because of the short barrel lenght – and the muzzle brake – every now and then you may feel some debris on your cheek, but it's nothing more than unburnt powder and the like. I will be posting some images of how this groups with a cheap red-dot sight in the near future. Suffice to say, it's more than adequate for CQB or 3 Gun. Way more than adequate. While I absolutely love my 18-inch spiral fluted stainless upper, this new one is equally loved as it is short and to the point. I'll post a couple of size comparisons on the way out.

Both are fun to shoot and this unit was a lot of fun to build. I can see this being like crack cocaine as I already have plans for a 300 Blackout build – or maybe a 7.62×39 build – or both in the future. Until next time, enjoy life, hit the range and be safe!